How do PRE rewards work?

Presearch offers PRE tokens as a reward for those who search through the platform. These tokens have intrinsic value because they are the access tokens purchased by advertisers to target searchers entering certain keywords, and node runners to stake PRE on their search nodes, to be rewarded with PRE tokens

Each user can earn 0.25 PRE per search, up to 8 PRE tokens every 24 hours. After you hit the 8 PRE threshold searches are not rewarded until the 24 hour time period resets at 12am midnight, UTC.

25 PRE tokens can also be earned when you refer a new user through your referral account.

Any type of incentivized system like Presearch is prone to those who would try to game the system via either automated means (bots) or deliberately searching solely to earn tokens.

To discourage from this type of behavior, we have developed what we’ve termed the reward verification system that, based on a user’s search patterns (search terms are never stored), assigns a PRE level based on a confidence algorithm that assesses the likelihood that someone is searching primarily to accumulate tokens.

The number of PRE that a user has earned is then multiplied by their PRE level to determine the number of tokens they are eligible to withdraw. Each user must collect at least 1,000 PRE to initiate a withdrawal.

You can view this link to see which users are withdrawing their PRE rewards to their external blockchain wallets:

Any transaction that is for 1,000 PRE is likely to be a reward withdrawn from the platform for storage or exchange to other currencies. 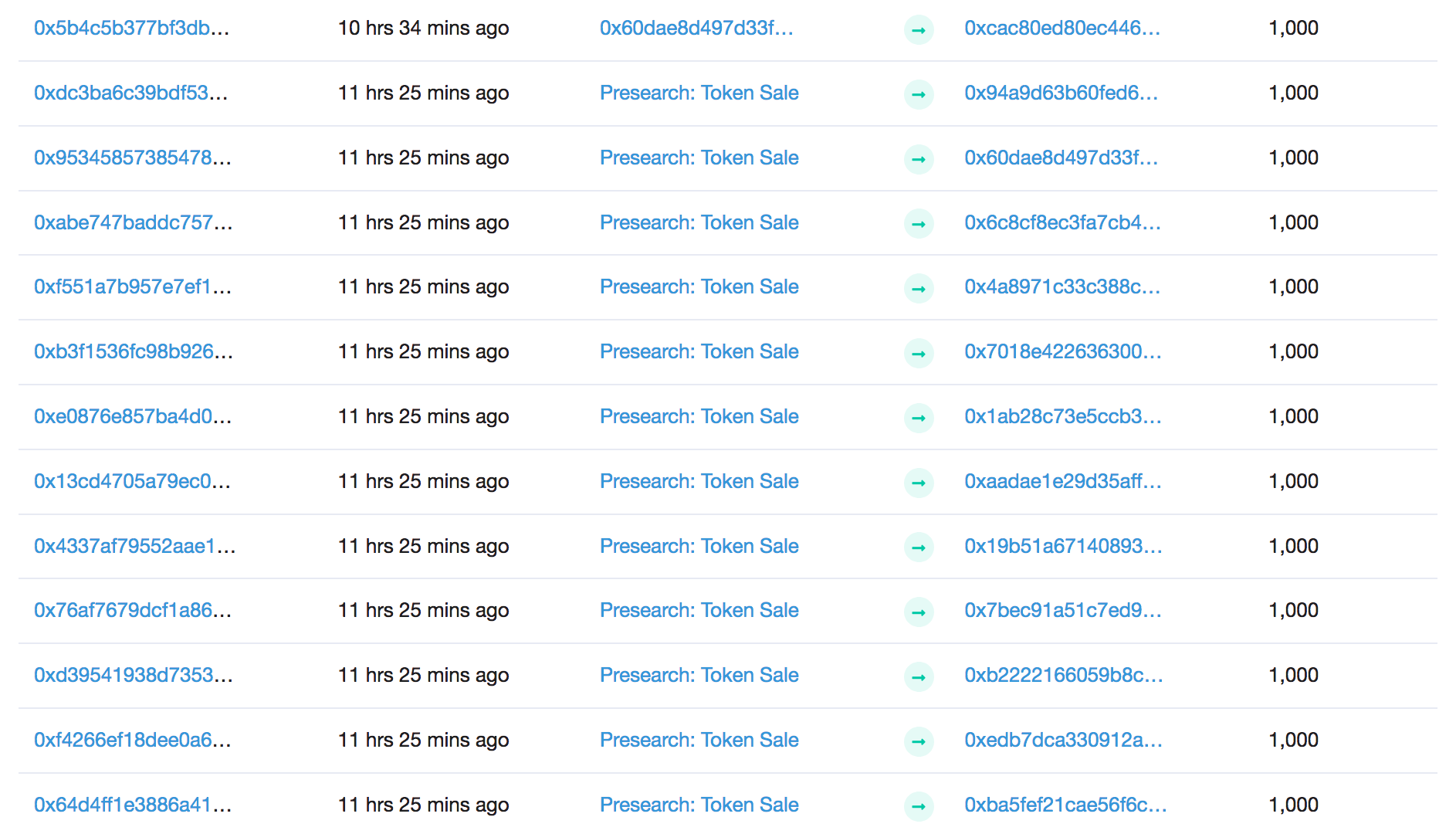 After a withdrawal is initiated, it must currently be approved first. It can take up to 72 hours of a withdrawal to be approved, which gives us the opportunity to combat fraud and protect the system from abuse.

Earned rewards are used primarily for two purposes, to run advertising on the platform and for sale to other purchasers for conversion into local currency or alternative cryptocurrencies like Bitcoin and Ethereum.

The current price of PRE tokens on external markets can be found on CoinGecko.

Please note that Presearch is not responsible for transactions outside the Presearch.org platform, and that purchasers should always exercise diligence when using a third-party exchange.

S
Support is the author of this solution article.